Hey y’all!! Today i’m super excited to be introducing you all to a box set urban fantasy meets paranormal romance!! The books look absolutely amazing, and as always the blog tour is beautifully set up, so make sure you check out all the cool book options in this set!

END_OF_DOCUMENT_TOKEN_TO_BE_REPLACED 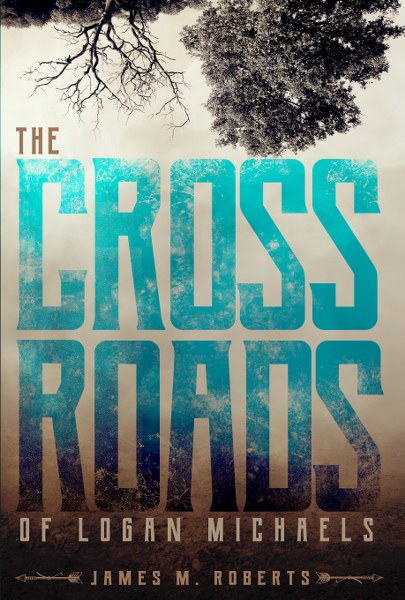 END_OF_DOCUMENT_TOKEN_TO_BE_REPLACED

Normally, I avoid doing any type of “writerly” blog posts because for most people, they’re a good substitute for sleeping pills.

But . . . chatting about the human writing process is a little different. Nearly all of us write, whether it’s fiction, poetry, essays, letters, reports for work, etc. And everyone has a different process.

When I chose my major in college, people were shocked when I did not wish to go into teaching creative writing. Seriously. I’ve never taught a creative writing course. I did my master’s degree in composition theory, and I teach essay writing. The reason behind this is that I don’t have the first clue how to teach someone else to write fiction. It’s something that I “do,” but I don’t really understand it. I have a firm grasp of how to teach someone how to write an essay. I also spent years studying what goes on inside our minds as we attempt to write.

END_OF_DOCUMENT_TOKEN_TO_BE_REPLACED

A bit of background……

Back in 2004 I was thoroughly miserable. Fortunately, none of the events in Dunn actually happened to me. I didn’t get embroiled in a psychotherapy cult. I just met someone who unintentionally made my life worse, and they knew someone who had.

And so the spark of an idea emerged. I wrote the first paragraph (which I have since abandoned), realised I didn’t actually know anything about psychotherapy cults, and went off to China for 6 months to get over the death of one of my dearest friends ever, and various unsuitable love interests. Neither worked, but I did have a great time in China and get lots of research on psychotherapy cults done.

END_OF_DOCUMENT_TOKEN_TO_BE_REPLACED

Today, I’m super excited to introduce Michael Okon, guest writer on the blog, and author of Monsterland. In honor of his new book, Monsterland Reanimated, which came out earlier this year, he decided to run a book tour, and I’m one of the lucky bloggers that gets to have Michael hosted here. So without further ado, I’ll hand over the mic:

END_OF_DOCUMENT_TOKEN_TO_BE_REPLACED

A few months ago, I did an interview with Robert Germaux for a book tour, and now that he’s about to publish yet another book, I’m excited to be introducing it back on the blog!! This book is really different from his last, so I hope you all look into it!!! (special thanks to susan barton for putting this whole tour together)

The victims appear to have had nothing in common, other than the fact that, as one officer put it, somebody wanted them dead. And that somebody left a “clue” at each crime scene, but as those clues began to accumulate, Detective Daniel Hayes and his hand-picked squad soon discovered that the clues appeared to have even less in common than did the victims. In order to catch his prey, Daniel realizes he has to change his focus and concentrate on an entirely different aspect of the case by following a twisting trail that eventually leads to a face-to-face encounter with the killer.

PURCHASE ONE BY ONE ON AMAZON HERE

Both my parents were readers. I’m talking stacks-of-books-on-their-nightstands readers. So it’s no surprise that an early age, I, too, became an avid reader. Everything from sports books (especially baseball) to Nancy Drew to the Hardy Boys to almost anything about distant and exotic places. And although I’ve always enjoyed putting words on paper, the writer in me didn’t fully emerge until I retired after three decades of teaching high school English. I quickly wrote two books aimed at middle school readers, at which point my wife urged me to try a novel for adults. As is usually the case, Cynthia’s idea was a good one. Over the next few years, I wrote several books about Pittsburgh private eye Jeremy Barnes, including “Hard Court.” Along the way, I took a brief hiatus from the detective genre to write “The Backup Husband,” the plot line of which came to me one day when I was playing the What-if game. On that particular day, the question that occurred to me was, What if a woman suddenly realized she might be in love with two wonderful men? After “The Backup Husband,” I wrote “Small Talk,” my first novel about Pittsburgh police detective Daniel Hayes. I then switched gears again with “Grammar Sex (and other stuff),” a book of humorous essays. Now I’m back with “One by One,” the second Daniel Hayes mystery, which will be released on June 1st. You can find all of my books on my Amazon Author Page.

In our spare time, Cynthia and I enjoy reading (of course), seeing Broadway plays and musicals, watching reruns of our favorite TV shows, such as “Sports Night” and “The Gilmore Girls,” and traveling to some of those distant and exotic places I used to read about as a child. So far, we’ve been fortunate enough to walk in the sands of Waikiki, swim in the warm waters of the South Pacific and enjoy a romantic dinner in Paris.

I love interacting with my readers and getting their input on my stories and characters. Please feel free to contact me on my website.

A few months ago, I had the pleasure of editing Katerina Baker’s romance novel, The Corner Office.  The book was SO GOOD and I couldn’t wait for it to come out for real.

Now, that day has FINALLY COME!! The Corner Office is being released on June 23rd, just a single month away and Katerina is looking for reviewers.

If you are a fan of romance, office relationships, love triangles, or love hate relationships THEN YOU WILL ADORE IT and should sign up on Netgalley to get a review copy.  Or check it out on Goodreads.

Tara Johnson’s sacrifices are about to pay off: a senior executive at thirty-five at a Fortune 500 company, she’s one of the two finalists in line for a Managing Director position. Unfortunately, her rival of fifteen years, the charming, infuriating Richard Boyd, is just as qualified, and unlike her, he’s willing to cross pretty much every line to get what he wants.

Of all the things Tara stored in the attic to make it to the top, it’s her personal life she misses the most. That is, until she starts a steamy affair with sex god Aidan, her direct report. Interoffice relationships with a subordinate can mean the end of a career, and when Richard finds out, it’s the perfect opportunity to take his high-heeled nemesis out, especially since he’s still nursing a grudge against Tara for rejecting him years ago.

But Tara’s increasingly domineering lover has his own dark secrets, endangering more than just her career. As her liaison spirals out of control, salvation will come from the man she always thought she hated, and perhaps the only one to truly understand.

I plan on posting my review on my blog closer to when the book comes out, but you can see a shorter version of my eventual review on Goodreads.  I would warn that there are triggers, which I talk about in my review, so I would recommend reading it if you have any triggers.

Get book on Netgalley: https://s2.netgalley.com/catalog/book/114678